So, it happened. My Flame stopped working, it just doesn’t react to anything (power off switch, power cable), and of course being a weird unknown China-only thing, no local repair shop would touch it. I probably could ask somebody at Mozilla for another one, but I already knew I wouldn’t. Let me write couple of words why I gave up on Firefox OS (not on Firefox or Mozilla!).

The promise of Firefox OS as I understood was that although it will never be as powerful as other high-end mobile platforms, it would provide superior hackability and openness, and in the end and after some time the platform should provide a poor-men’s equivalent of a way more expensive high-end phones.

I was willing to wait for the fulfillment of this promise and I don’t I gave up too easily. The first Firefox OS phone I bought was the first one sold (that’s summer 2013 for those who weren’t there), Geeksphone Peak (I always bought the Firefox OS “high-end” models). I was really not happy with that phone. Not because of the immaturity of the platform (that was expected), but by the actual lack of openness of the hardware. Geeks never really freed their hardware (whether they didn’t want to or couldn’t is immaterial to me), and so every update was subject to their willing to port drivers. And that willingness was quite limited as the new models (well, only one model) appeared. Nevertheless, as there was no alternative I in the end bought two Peaks (the first one got broken glass which made it useless).

So, when Flame appeared and its page (finally!) on MDN promised support by the Mozilla itself, I was again the first in the line. Literally I sent my order five minutes after the page went up (or something close to it; the page itself is defunct, but it exists). I found Flame to be really nice piece of hardware (considering its price-range). It felt like being in the normal world again. It seems that it has a decent camera (it is hard to judge, unfortunately, because of the terrible photo software). On the plus side, I have to give to the Flame incredibly long battery life. I usually run two days on one charge even though I was playing a lot of podcasts all the time. However, the problem is Firefox OS itself. After over two years of waiting, it is still nowhere to be complete.

Let us start with the most obvious issues. I really cannot believe that Mozilla, authors of Firefox, are able to create a product browsing Internet which doesn’t save credentials and force use of weak passwords (and the solution is nowhere at sight). Obviously, it means that compatibility with Firefox Sync is really out of question. In the same category of I-cant-believe-we-are-still-dealing-with-this bugs is inability to work with clipboard between the applications well. There is some development on this front, but it has still not be done yet (although I have to admit some progress happened lately).

Calendar works quite nicely with CalDAV (and with my ownCloud instance). However, I would expect that in the same manner the Contacts app works with CardDAV. After all adding new contacts and appointments [1] is one of the most common activits done with a smartphone. It doesn’t sync with anything at all. I know there are some attempts to create a general JavaScript DAV library, but nothing substantial came from that yet, and the library itself was still somehow broken, so even when I started to extend some ToDoMVC app myself I was not able to make the library working.

Next is the camera. Technically it should be 5MP so not a complete disaster, and truth to be told that I got many very nice pictures from it. However, it is completely unreliable. We were in Dresden, visiting the awesome Zwinger, it was an extremely hot and sunny day so typical of the past summer, and yet all my photos of the Zinger itself ended as a complete blue disaster. And it is by far not the only situation when something like that happened. With Flame as a camera I was never really sure what will I get in the end. 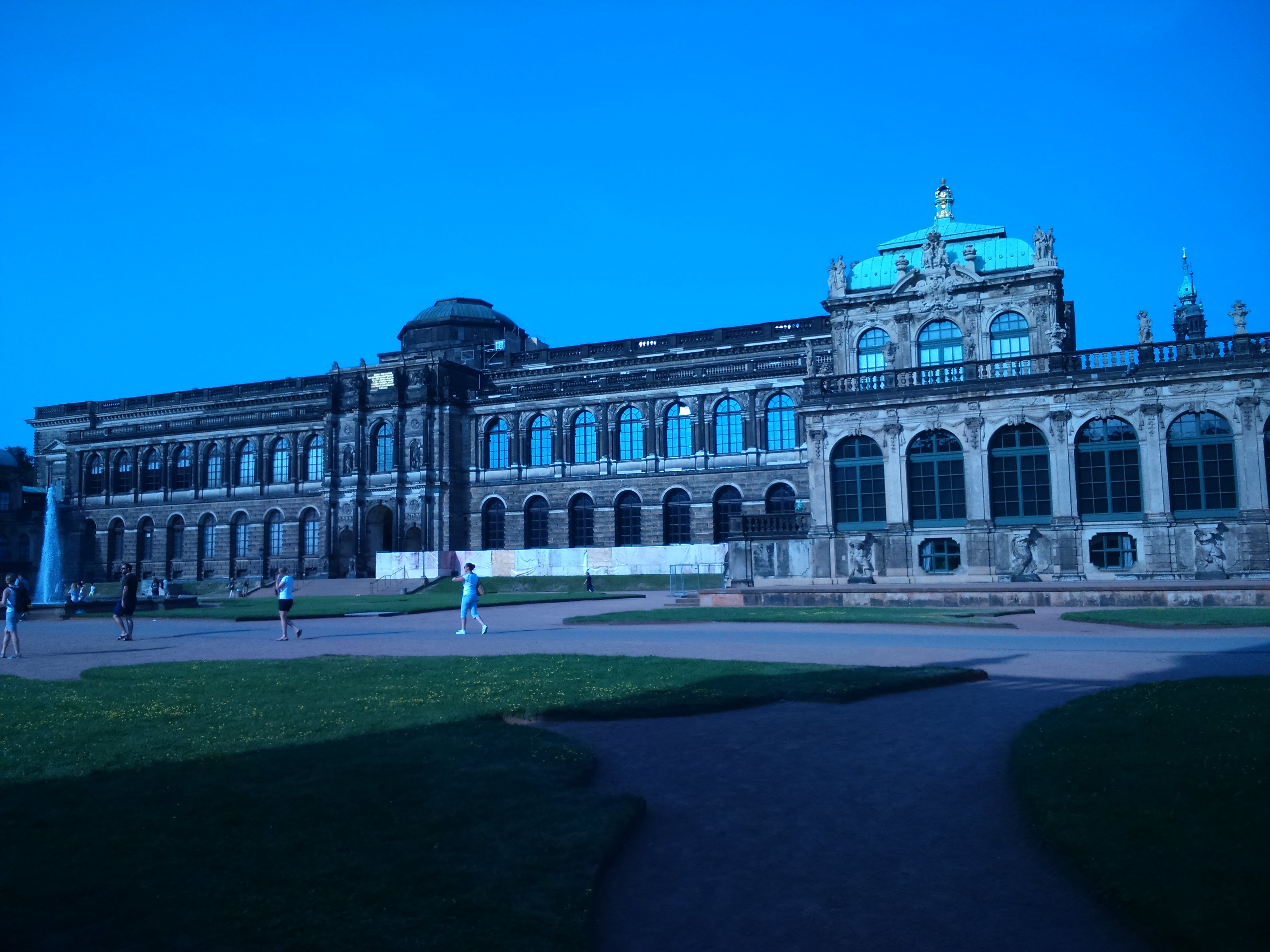 Measured in the amount of the time spent, my most frequent use of the smartphone is wihout question listening to podcasts. GSM [2] connection here (and in most places where the Firefox OS is supposed to be sold, I guess) is unrealiable and expensive, so it is necessary for a good podcatcher for me to download all podcasts for offline use. That gives me lovely zero podcatchers available for Firefox OS. The only two real podcatchers for Firefox OS I know about: Podcasts by Mozilla and Foxcasts promise to do it eventually, but currently the only reliable podcatching setup is bashpodder on a desktop computer and rsync over USB MassStorage connection. It kind of works, but given that even Music Player is not very reliable, the experience is horrible (not mentioning, that normals are not expected to use rsync).

I haven’t expected an equivalent of OSMAnd to be available (with downloadable maps and offline routing; especially interesting for countries with unrealiable Internet connection). If I am not mistaken then nobody even started to rewrite huge navigation libraries like GraphHopper in the pure JavaScript.