(Audio record of the sermon is available.)

In the third year of the reign of Jehoiakim king of Judah, Nebuchadnezzar king of Babylon came to Jerusalem and besieged it. And the Lord gave Jehoiakim king of Judah into his hand, with some of the vessels of the house of God. And he brought them to the land of Shinar, to the house of his god, and placed the vessels in the treasury of his god. Then the king commanded Ashpenaz, his chief eunuch, to bring some of the people of Israel, both of the royal family [1] and of the nobility, youths without blemish, of good appearance and skilful in all wisdom, endowed with knowledge, understanding learning, and competent to stand in the king’s palace, and to teach them the literature and language of the Chaldeans. The king assigned them a daily portion of the food that the king ate, and of the wine that he drank. They were to be educated for three years, and at the end of that time they were to stand before the king. Among these were Daniel, Hananiah, Mishael, and Azariah of the tribe of Judah. And the chief of the eunuchs gave them names: Daniel he called Belteshazzar, Hananiah he called Shadrach, Mishael he called Meshach, and Azariah he called Abednego.

But Daniel resolved that he would not defile himself with the king’s food, or with the wine that he drank. Therefore he asked the chief of the eunuchs to allow him not to defile himself. And God gave Daniel favour and compassion in the sight of the chief of the eunuchs, and the chief of the eunuchs said to Daniel, “I fear my lord the king, who assigned your food and your drink; for why should he see that you were in worse condition than the youths who are of your own age? So you would endanger my head with the king.” Then Daniel said to the steward whom the chief of the eunuchs had assigned over Daniel, Hananiah, Mishael, and Azariah, “Test your servants for ten days; let us be given vegetables to eat and water to drink. Then let our appearance and the appearance of the youths who eat the king’s food be observed by you, and deal with your servants according to what you see.” So he listened to them in this matter, and tested them for ten days. At the end of ten days it was seen that they were better in appearance and fatter in flesh than all the youths who ate the king’s food. So the steward took away their food and the wine they were to drink, and gave them vegetables.

As for these four youths, God gave them learning and skill in all literature and wisdom, and Daniel had understanding in all visions and dreams. At the end of the time, when the king had commanded that they should be brought in, the chief of the eunuchs brought them in before Nebuchadnezzar. And the king spoke with them, and among all of them none was found like Daniel, Hananiah, Mishael, and Azariah. Therefore, they stood before the king. And in every matter of wisdom and understanding about which the king inquired of them, he found them ten times better than all the magicians and enchanters that were in all his kingdom. And Daniel was there until the first year of King Cyrus.

The book of Daniel is one of those books which unfortunately start in the middle of the story. In order to understand today’s chapter we need to retract a bit back to the Book of Jeremiah and the Lament of Jeremiah. After many hundreds of years of the life in what’s today State of Israel (and surroundings) the Lord God had finally enough of Israeli’s unfaithfulness and destroyed their state and gave them under the rule of the Babylonian empire.

When the small band of captives is brought to the occupiers capital, we all know after following the Hollywood classics, what is the proper response: 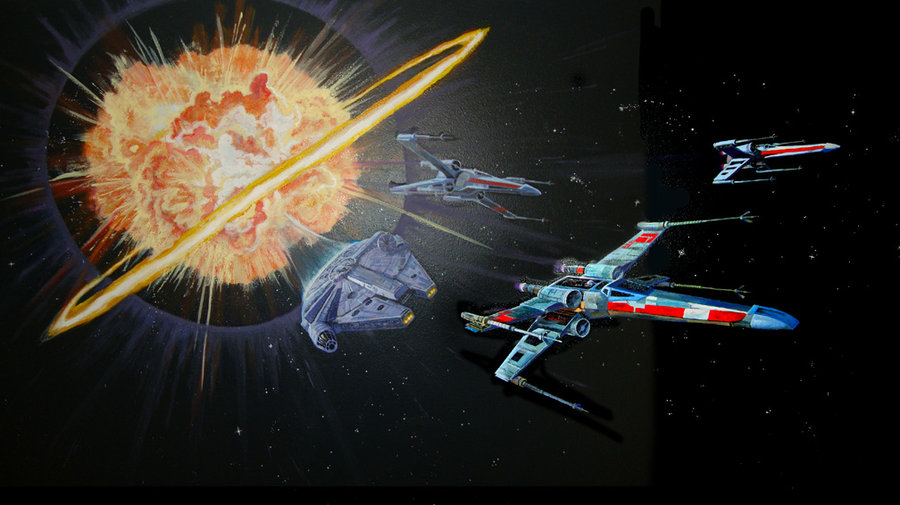 Obviously, we are taught that a small band of rebels should stand up against the injustice and take on the Death Star. Except, Daniel and his friends seems to do more or less the opposite. Czech nation developed after being twice in the twentieth century occupied by the foreign power the special word for somebody who collaborates with the occupying power, kolaborant. Certainly, Daniel and his friends are not completely cookie-cuter case of kolaborantství. After all they didn’t resettle to the Babylon on their own will, they were forced to come there. On the other hand, it is hard to imagine that anybody can be forced to study well in their school and even less being the governor over the half of the empire. From the point of view of Israelis living back in Jerusalem, the moral situation of Daniel and his friends must seemed to be questionable at best. As we know the attitude of people in Jerusalem was just opposite to Daniel and his friends; in years 601-598 BC and 587 BC they rose up again against the Babylon and the Jerusalem was finally completely destroyed. One could even imagine that Daniel and his friends were instrumental in the campaign against the Jerusalem (if Daniel was then the leader over all provinces of the Babylonian empire, he had to be involved).

And yet this deeply confusing position of Daniel in the Babylon has been to some extent sanctioned by God. Jeremiah, the prophet, himself wrote to the people in Babylon these words from the Lord God:

Thus says the Lord of hosts, the God of Israel, to all the exiles whom I have sent into exile from Jerusalem to Babylon: Build houses and live in them; plant gardens and eat their produce. Take wives and have sons and daughters; take wives for your sons, and give your daughters in marriage, that they may bear sons and daughters; multiply there, and do not decrease. But seek the welfare of the city where I have sent you into exile, and pray to the Lord on its behalf, for in its welfare you will find your welfare.

Jews in the end got so used to living in the Babylon, that they stayed there for another thousands of years even after Jerusalem was liberated, so for example one of the biggest (in all senses of the word) works of the world literature and the foundation of the Jewish theology is The Babylonian Talmud.

And yet the Book of Daniel also contains well known examples of Daniel (and his friends) resisting temptations to loose faith in the Lord God and going fully with the flow of the Babylonian life and religion. We can go just few steps from this room to the Charles’ Bridge to see the statute called the Three Young Men in the Fiery Furnace (actually, it is not the correct name, but most Prague citizens know it under this name). There is also a very well known story how Daniel was thrown into the lions’ den to be devoured by the beasts. In both of these examples Daniel and his friends risked their lives rather than be unfaithful to the Lord God. And of course, here we have the story of Daniel and his friends standing their ground for the dietary kosher laws the God gave to Israelis.

This struggle between living fully in the world and being part of it while still being faithful to the Lord God and having your hope and identity rooted outside of the world is something Jews took as the lesson from the Book of Daniel. For thousands years they were living in the environment which has been more or less hostile to them, so that they situation was that they were ignored (the beast case scenario) or actively persecuted. And yet, they managed to survive all those kingdoms and religions which dominated their lives (Babylonia was just one in the long line of them) and still they didn’t just survive but they managed to contribute heavily to the world’s treasure of knowledge, arts, etc.

There is that phrase commonly used in the evangelical circles that we should live “in the world not of the world” which sums it pretty well, except it is most of the time completely one-sided. Put this phrase to the Google Images search (or Flickr), and you get the widest collection of solitary, lonely figures, or images of complete solitude and the absolute isolation from anything just far resembling a contact with the world. 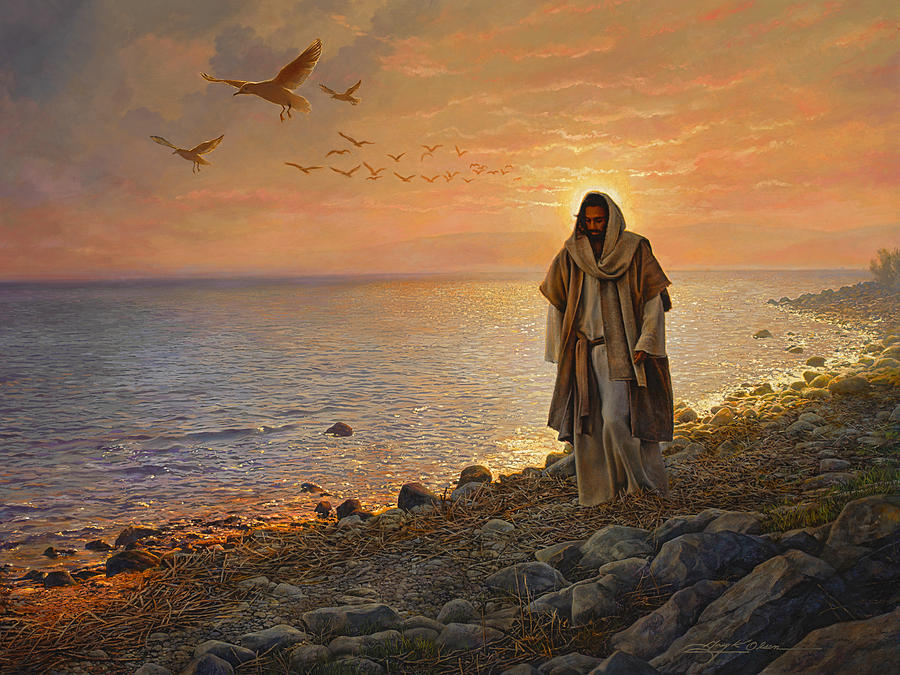 Sometimes the metaphor is used about this relationship between the life in the world saying that the ship in the sea is good, but the sea in the ship is bad. Which again is correct, but I would add to this that what most of the time I hear people saying is that they would like their ship to be as far from the sea as possible. Well, the ship outside of the sea is kind of useless and it will rot pretty fast. 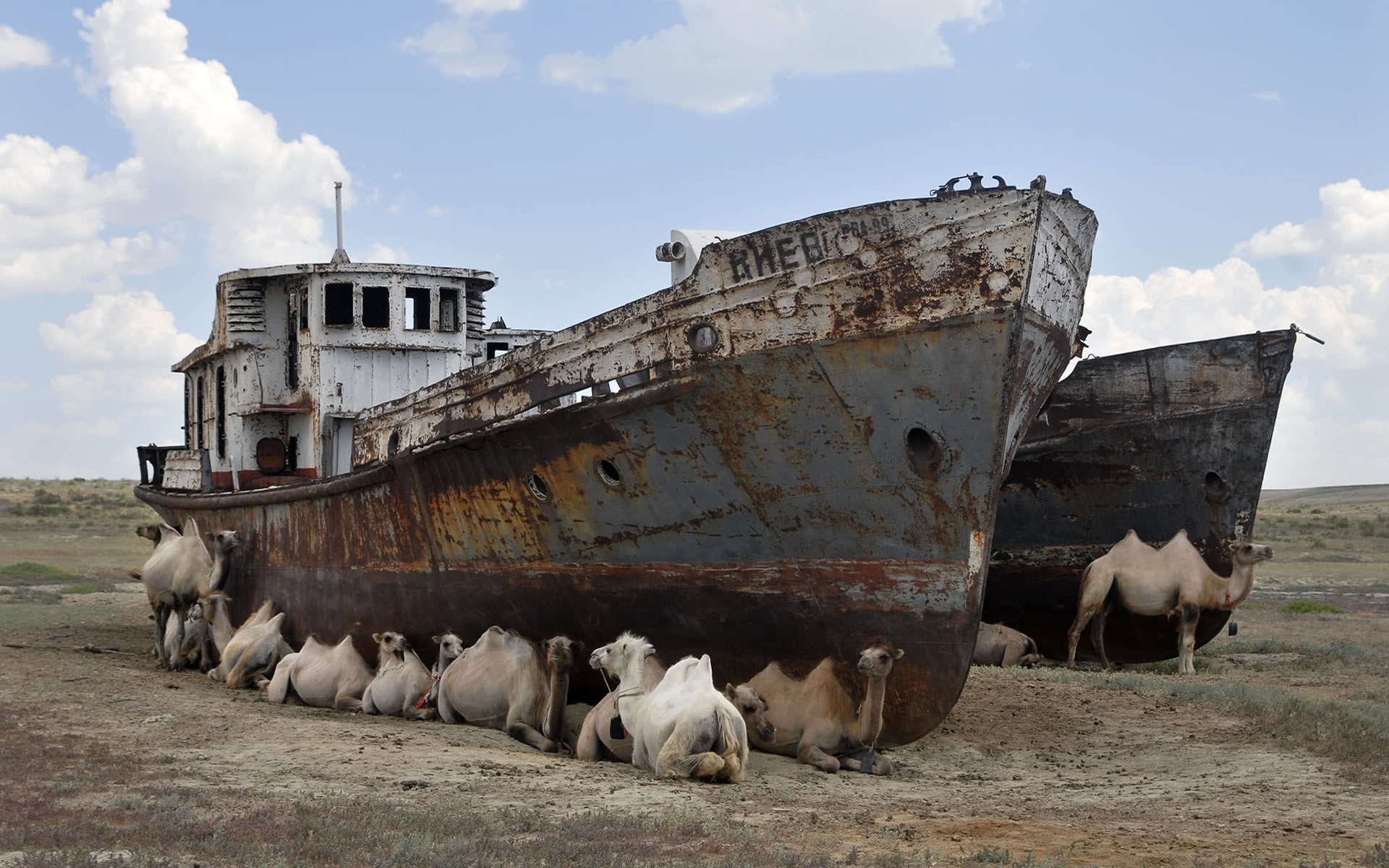 Fourth possible attitudes towards living in the unjust world:

Obviously what I root for is the last option. It is the last one, the most dangerous one, but I believe that it is the narrow path the Lord God has prepared for us.